I will not be taking on new student projects from September to December 2020.

My research interests include the application of deep learning in computer vision. In particular I work on ambiguous aspects of scene understanding, such as generating occluded regions and semantic manipulation.

Given a single image, we regress a Layered Depth Image (LDI), which contains information about the occluded regions in the reference frame and can fill in occlusion gaps in case of small view changes.
In Peeking Behind Objects, we separate the given scene in two layers, a foreground and a background, on a pipeline based on depth prediction and object inpainting. We show the applicability of the obtained RGB-D representation in view synthesis.

In the object-driven approach, we incorporate scene understanding to decompose the scene such that it is represented as object layers as well as a layout (background) layer. This makes the number of layers that describe a scene dependent on the complexity of the scene. Additionally, besides view synthesis, it enables object removal from the original image. Project Page

Scene graphs refer to a data representation that semantically describes a scene, composed of nodes (objects) as well as edges (relationships between objects).

We address the novel problem of image manipulation from scene graphs, in which a user can edit images by merely applying changes in the nodes or edges of a semantic graph that is generated from the image. Our goal is to encode image information in a given constellation and from there on generate new constellations, such as replacing objects or even changing relationships between objects, while respecting the style from the original image. Our training strategy does not require direct supervision for image edits. Project Page | Code
We leverage inference on scene graphs as a way to carry out 3D scene understanding, mapping objects and their relationships. In particular, we propose a learned method that regresses a scene graph from the point cloud of a scene. In addition, we introduce 3DSSG, a semi-automatically generated dataset, that contains semantically rich scene graphs of 3D scenes. Project Page

Having obtained the 3DSGG dataset, we now explore the task of scene generation and manipulation in 3D. We do so in a model that learns a joint embedding of per-object 3D bounding boxes and shapes, and supports both tasks simultaneously. Project Page | Code 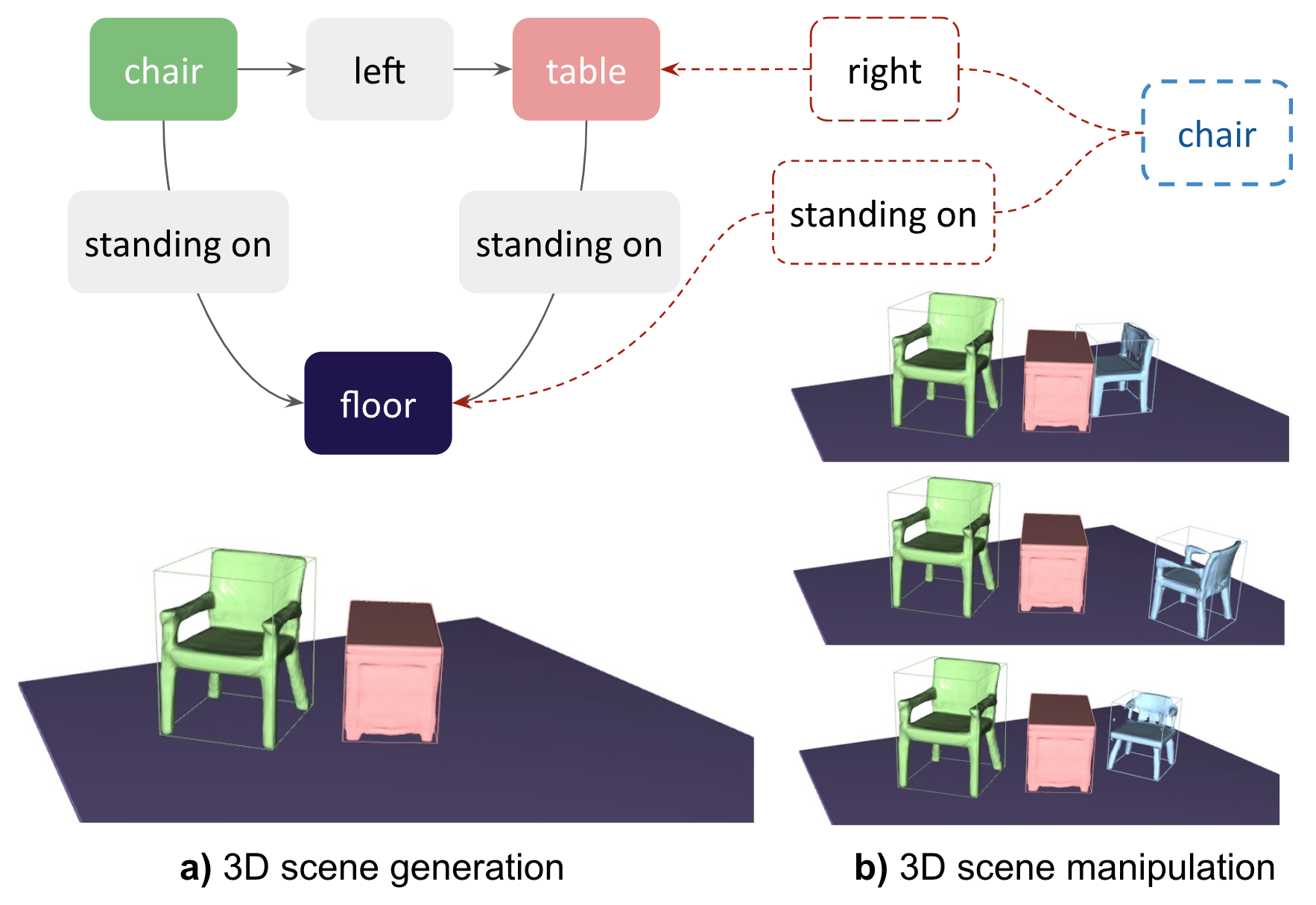