This bachelor's thesis aims to present a modern approach for interaction between multiple devices using the example of a simple game like tower defense. The player is able to play the game on the tablet by using simple touch input and the mobile device for further interaction. The position of the phone relative to the tablet is tracked by using feature tracking of the image on the tablet which is updated in realtime. Depending on the position of the smartphone the player can select different towers or different floors of a tower for additional interaction inside the towers. Additionally selecting a resource node allows a player to mine it by executing the mining gesture with his mobile device. After selecting an enemy the user is able to perform gesture based interaction to deal damage directly to the selected unit.

For this bachelor's thesis two applications were developed and evaluated. Unity3D was used for both applications.

This application runs on a touch device and is the core application of the game. This includes the most game mechanics and interaction.

This application is used for showing 3d representations of the towers and monsters through augmented reality and for interaction with them.

Both applications where implemented from scratch using Vuforia and consist the following features: There are two different types of interaction.

Interaction based on Augmented Reality 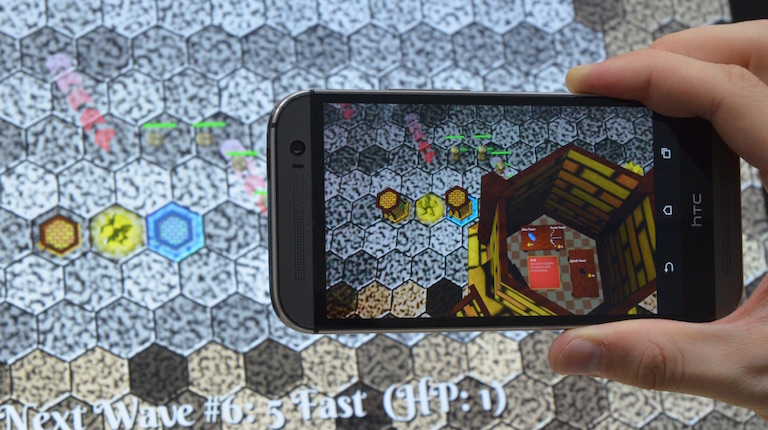 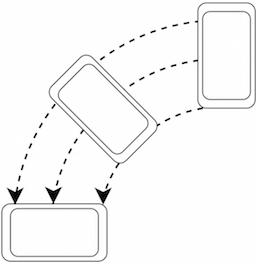 Since the interaction for upgrading was strictly bound to the smartphone application, all probands had issues even after the training period. The tracking used for the augmented reality caused as well some issues because of the lighting of the room and the reflection of the tablet. For that reason sometimes users could not select or upgrade towers. All the probands liked the gesture-based interaction for it's simplicity.