In this tutorial, we aim to give a survey of the most recent developments on visual tracking in Augmented Reality applications. First, latest marker-based approaches will be recalled and discussed. Then, we will focus on marker-less concepts for tracking using features and/or image alignments. Once the newest methods have been introduced, we will see how computer vision and machine learning techniques can be combined in order to improve the quality and the efficiency of the detection and the tracking. Finally, after having considered the camera environment as rigid, performing virtual augmentation on deformable objects in the scene will be described. 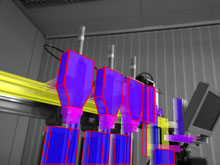 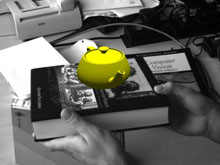 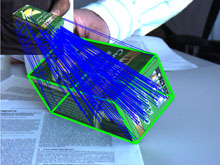 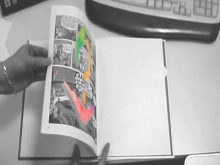 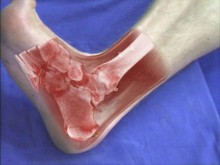 Selim Benhimane obtained the degree of Engineering systems, Automation and Vision from the National School of Higher Education in Physics of Strasbourg, France in 2002. In the same year, he received a postgraduate advanced diploma in Photonics, Imaging et Cybernetics from Louis Pasteur University of Strasbourg, France. Then, he prepared his doctor thesis at the ICARE team of INRIA Sophia Antipolis and obtained his Ph.D. from the École Nationale Supérieure des Mines de Paris, France. Since 2005, he is a Research Associate at the CAMP-AR Chair of Prof. Nassir Navab in TU München, Germany. His research interests include computer vision, robotics, vision-based control. Vincent Lepetit received the engineering and master degrees in Computer Science from the ESIAL in 1996. He received the Ph.D. degree in Computer Vision in 2001 from the University of Nancy, France, after working in the ISA INRIA team. He then joined the Virtual Reality Lab at EPFL (Swiss Federal Institute of Technology) as a post-doctoral fellow and became a founding member of the Computer Vision Laboratory. He has received several awards in computer vision including the best paper award at CVPR 2005. His research interests include Augmented Reality, 3D camera tracking, and object recognition. Adrien Bartoli is a permanent CNRS research scientist at the LASMEA laboratory in Clermont-Ferrand, France, since October 2004 and a visiting professor at DIKU in Copenhagen, Denmark for 2006-2009. Before that, he was a postdoctoral researcher at the University of Oxford, UK, in the Visual Geometry Group, under the supervisation of Prof. Andrew Zisserman. He did his Ph.D. in the Perception group, in Grenoble at INRIA, France, under the supervisation of Dr. Peter Sturm and Prof. Radu Horaud. Since September 2006, he is co-leading the Com-See research team. His main research interests are in structure-from-motion for rigid and non-rigid scenarios, in the field of computer vision.

Nassir Navab is a full professor and director of the institute for Computer Aided Medical Procedures and Augmented Reality (CAMP-AR) at TU München. He has also a secondary faculty appointment at the Medical School of the TU München. He was recently elected as a member of board of directors of MICCAI society. He has been serving on the Steering Committee of the ISMAR since 2001. Before joining the TU München, he was a distinguished member at Siemens Corporate Research in Princeton, New Jersey. He received the prestigious Siemens Inventor of the Year Award in 2001 for his work in interventional imaging. He has served on the program committee of over 20 international conferences. He is the author of over hundred scientific papers and over 40 US and international patents. His main fields of interest include: computer vision, Augmented Reality, computer-aided surgery and medical image registration.