The basic idea is the projection of a path. Using a 3D optical device the path fits into environment and can show you your way. By simply following the path you accommodate to the given pose. This is happening implicit without additional hints and clues. The following pictures are take through the head mounted display and showing the final version of the path. 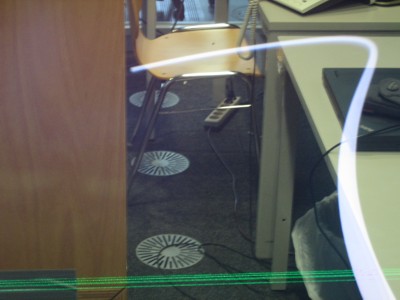 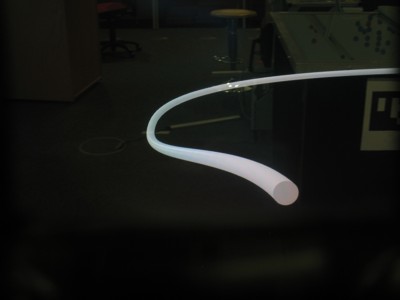 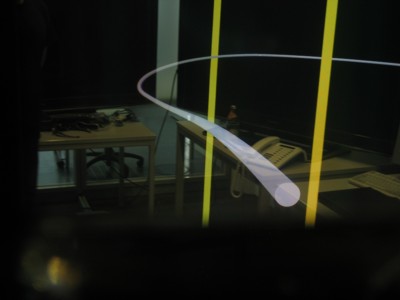 The appearance of the path was created and checked in a formative test with several users with and without expert knowledge in Augmented Reality. One of the biggest issues was the mounting point, the starting point of the path, and the height of the path. For the mounting point several possibilities were tested, mounting at floor level, like a rail, to mounting at ceiling level and everything in between. To prevent the user from getting lost by losing the sight to the path a mounting point in the field of view is necessary. 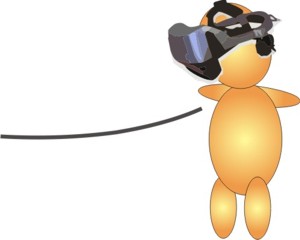 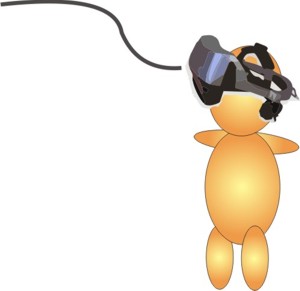 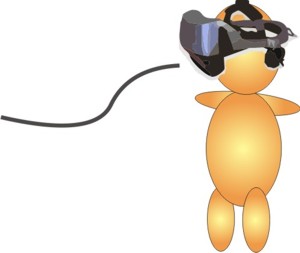 The search scenario focused on guiding to poses. Only at the correct position with the correct orientation you could find something hidden in the lab. To have more hiding-places a box-tower was placed in the lab. In two different tasks the users had to search guided and unguided for a virtual ufo. Within the unguided search the hideout places of the ufos were easier than within the guided search. 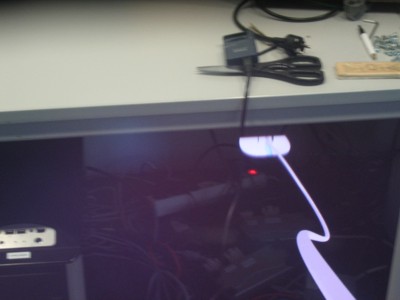 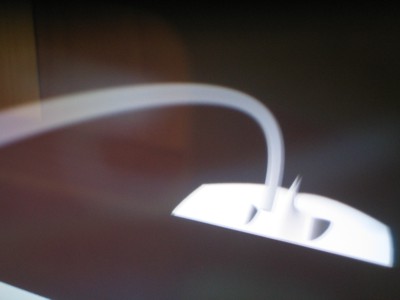 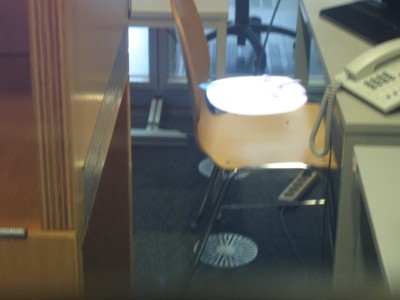 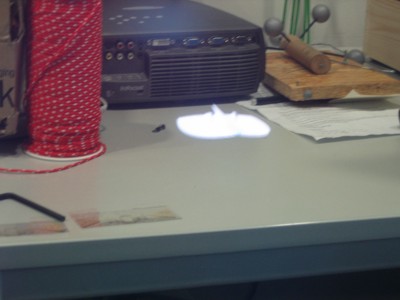 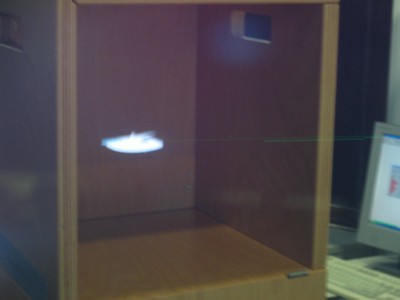 This video shows the guided search and should explain the user test.

The photography scenario focused on the field of view of the user. The users had to take pictures of a virtual Ufo with three different tasks. Two Tasks guided the user to three different poses in which the user had to take the pictures. The third task was without guiding, the task was to "take 3 pictures in such a way, so anyone can rebuild the ufo without having seen it." The two sets of guided photos were necessary to check for learning and copying effects of the guided poses in the unguided task. For more details feel free to read the thesis :-). The following pictures show the guiding to a photo pose. 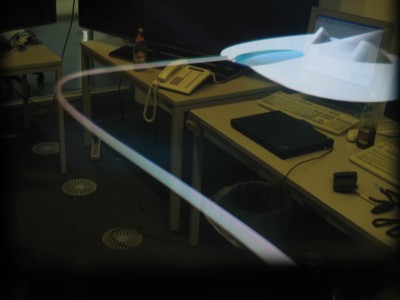 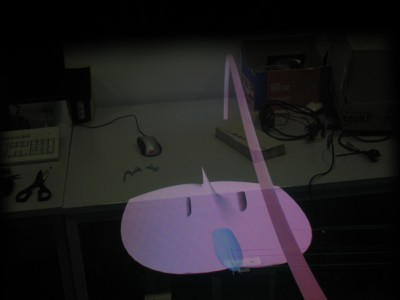 This pictures show the result of the photo task, the ideal photo, a bad and a good example of user pictures.

The maze scenario focused on the navigational guidance of the path. Because of the small tracking volume a pillar maze was build with the path winding through the pillars. To check the navigational behavior in three dimensions the path changed his height level so the user had to bend and stretch while following the bath. 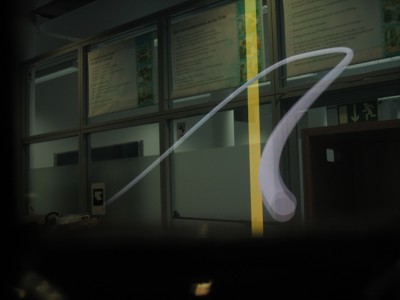 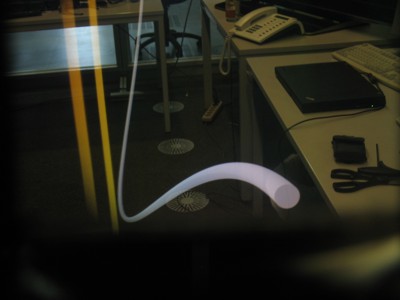 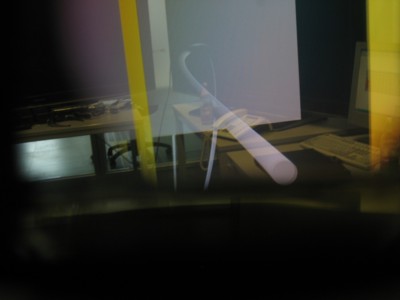 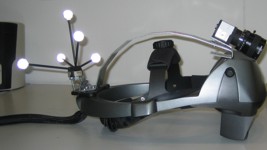 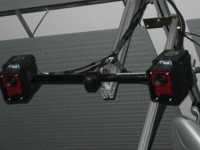 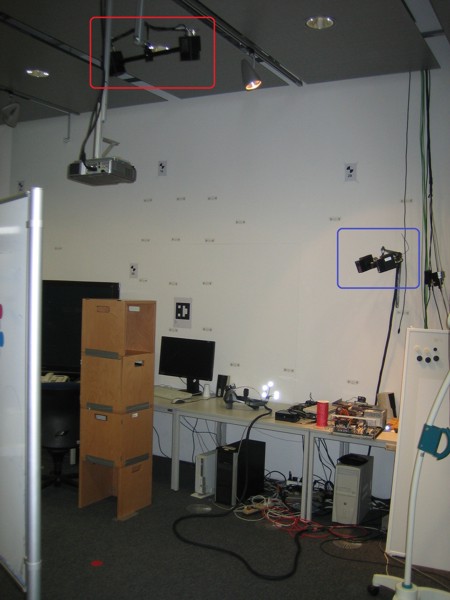 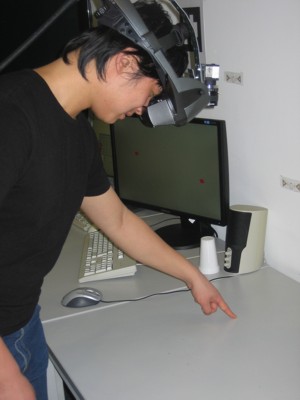 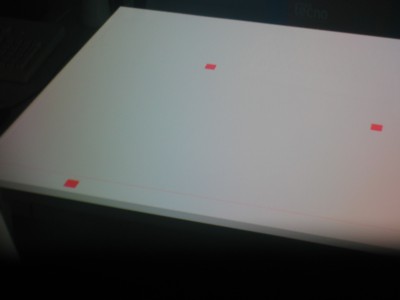 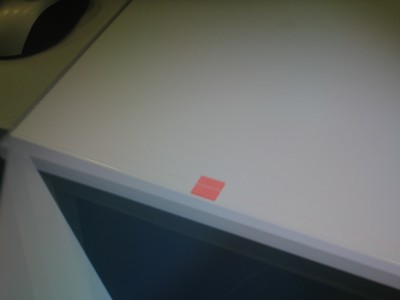 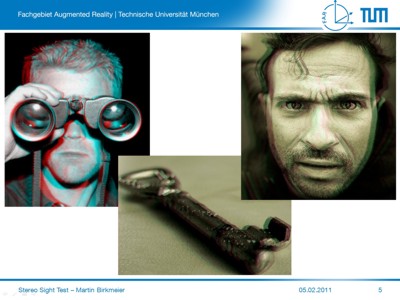