Student Project (Diplomarbeit) There exist several optical tracking systems on the market that use infrared reflective balls as markert targets for six degree of freedom tracking. Examples are the dtrack system by A.R.T. and the optotrack or polaris system by Northern Digital. However, there is no possibility to estimate the quality of a specific marker configuration in advance only from the geometric layout of the marker balls. The goal of this project is to build a geometrical accuracy and reliability model for such marker configurations and then evaluate the model by empirical measurements. 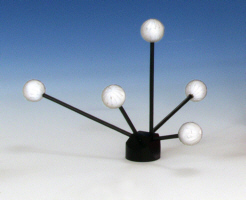 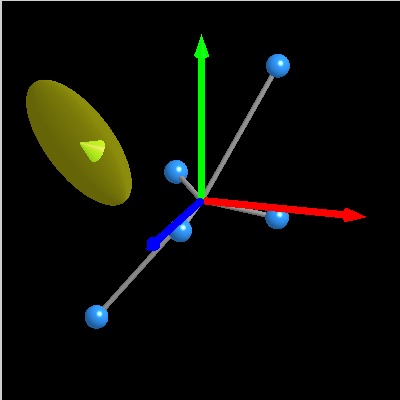 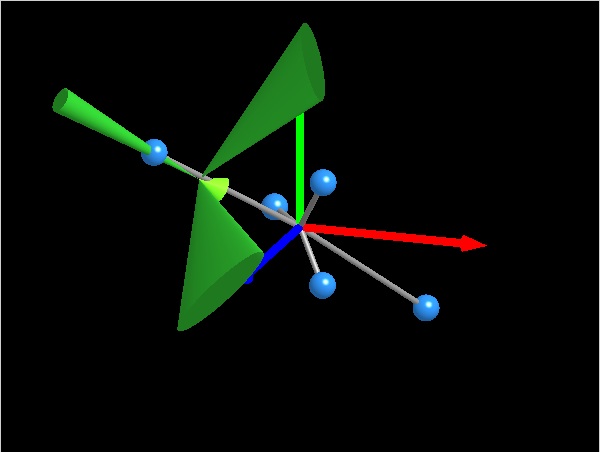 This movie shows the calculated covariance ellipsoids in the xz plane for a testsetup. The covariances in the imageplane are supposed to 0.1 [mm] in both direction. The baseline of the two cameras is 10[mm] and the focal length is set to 1[mm]. The magnification of the covariance ellipses is set to factor 0.01.

The following screenshots show the accuracy tracking a single feature for a test setup with a 2-ocular and a 3-ocular optical tracking system. The colors visualize the estimated rms error. 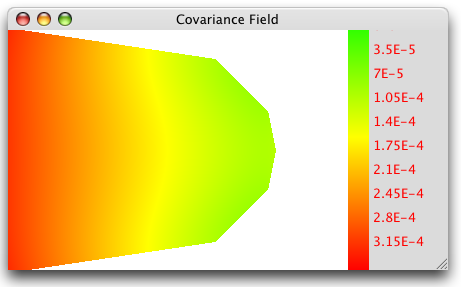 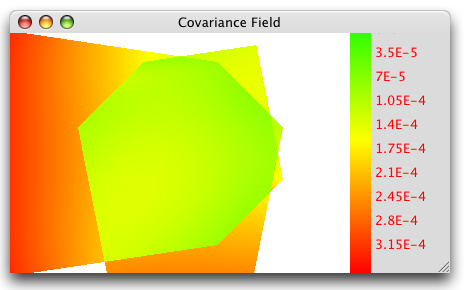 Monocular tracking systems are operating with only one sensor. Due to the lack of the second camera it is not possible to track a single spatial point because no triangulation is possible. By combining more than one feature point rigidly to a marker target the pose of the marker target can be determined if the model of the tracked target is known. 3D plots showing qualitative uncertainties with respect to two angles at a fixed distance. The left plot is visualizing the rms error of estimating the distance to the target and the right plot shows the rms error of estimating the orientation. 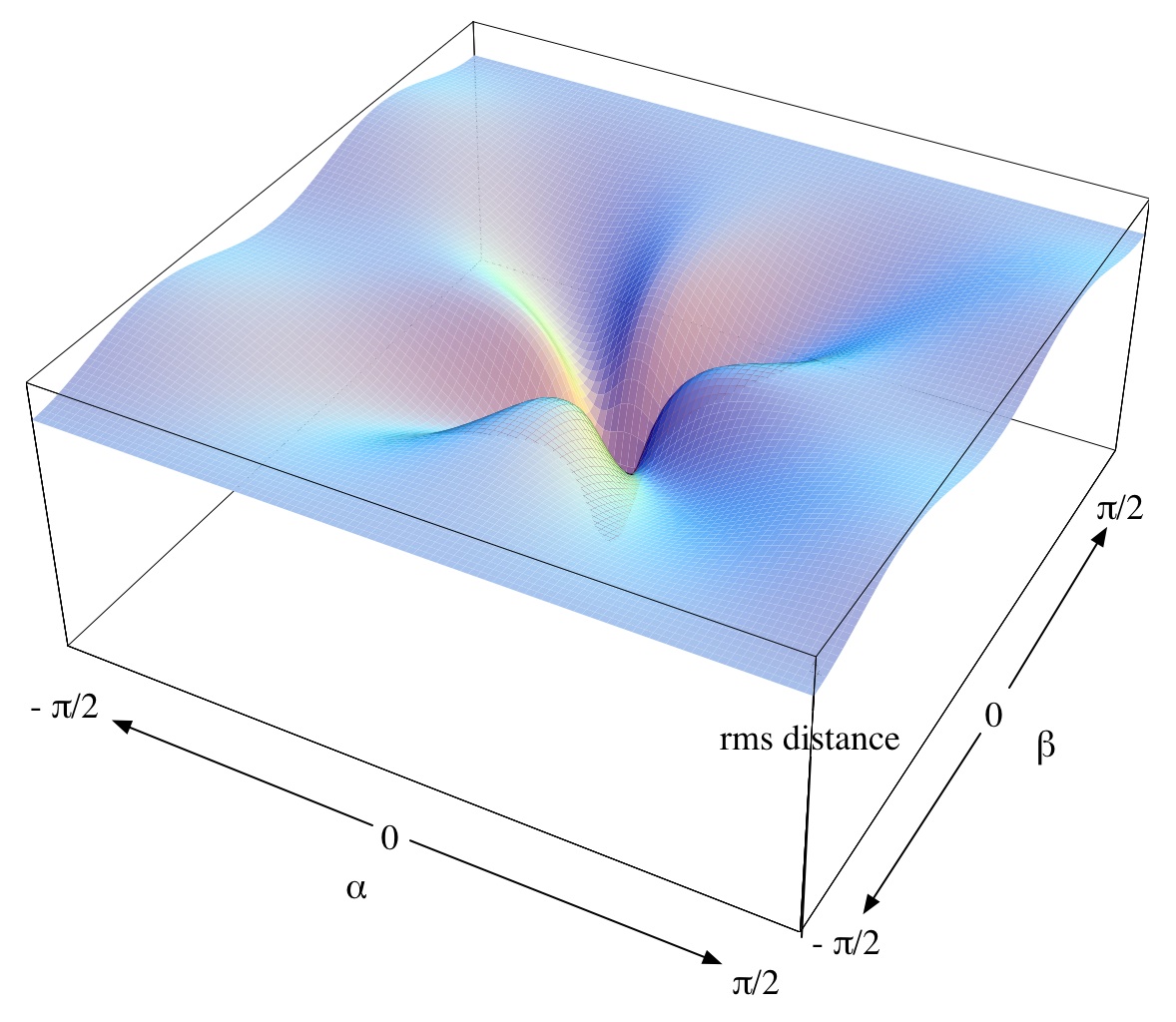 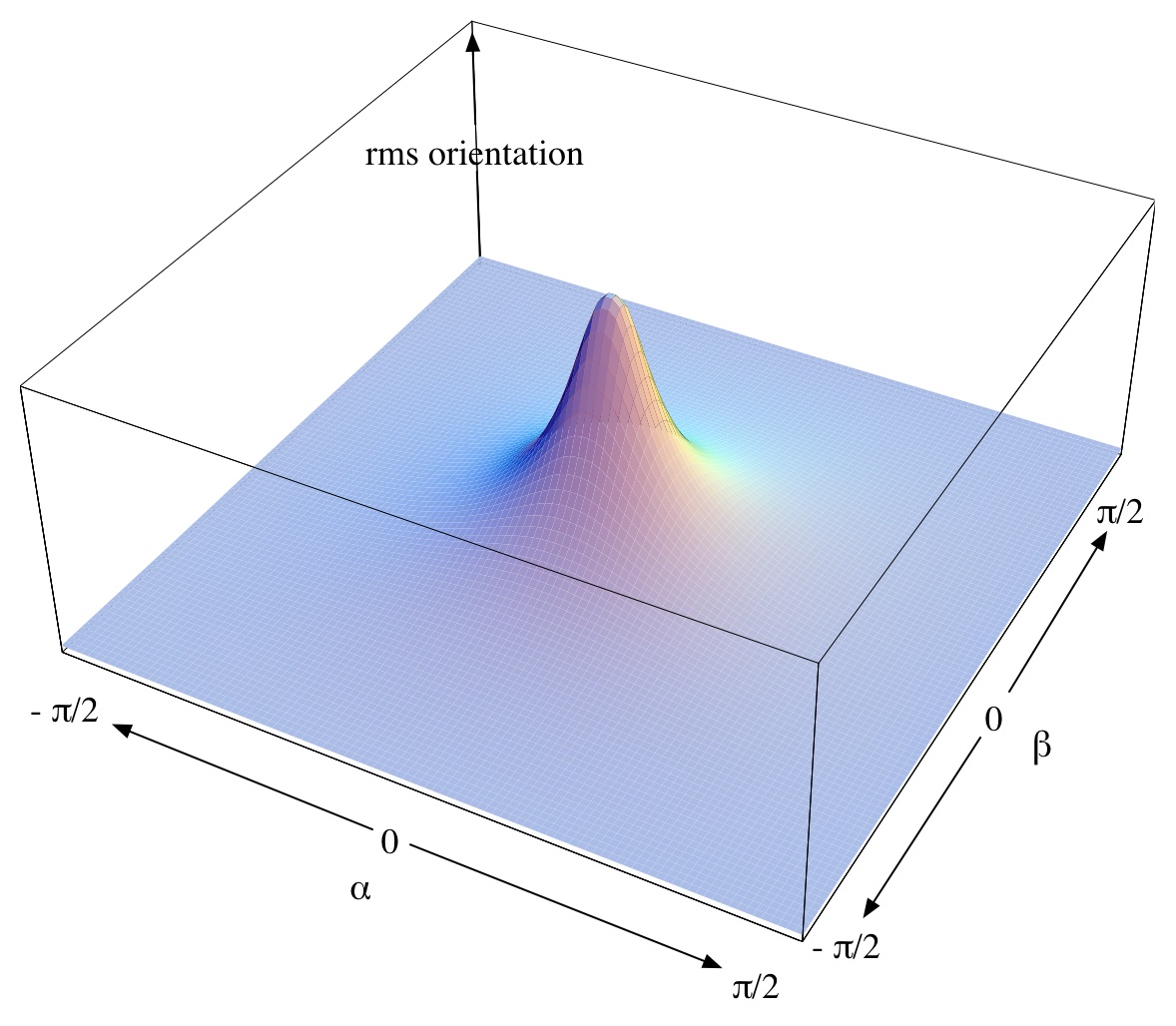