Advanced Driver Assistance Systems (ADAS) are a very important feature for the car industry. Their task is to make driving safer and more convenient. New, more intelligent ADAS systems (e.g. Adaptive Cruise Control System - ACC) will be rejected by a driver if its behavior is not similar to his manner of driving. To improve the acceptance of such systems, the reaction of human drivers during various traffic situations has to be analyzed and compared to ADAS functionality. The developed system allows easy recording of virtual traffic scenarios. Afterwards these scenarios can be replayed and viewed from different perspectives in various environments (e.g. driving simulators). It offers the possibility to let a car driver experience such a scenario in the lab. His driving behaviour can be analyzed by psychologists and compared to analog ADAS data. To ease creation of scenarios for people with no former experience in traffic simulators and 3D-graphics a tracking system in combination with a backprojection table is used. It allows to steer a tracked car-body on a road shown on a workbench's surface and recording its trajectory. A recorded scenario can be viewed from different perspectives, for instance from a driver's point of view in a driving simulator. The main goal was to develop a tool to facilitate the generation of such scenarios, allowing laymen to learn how to create a scenario as easy as possible. The usability has been tested with persons not involved in the project. The result appears promising. Test persons were able to create their first simple traffic scenarios after working through a tutorial (taking about 40 minutes) within 20 minutes. Experienced users can generate a scenario of five cars in approximately 8 mins. 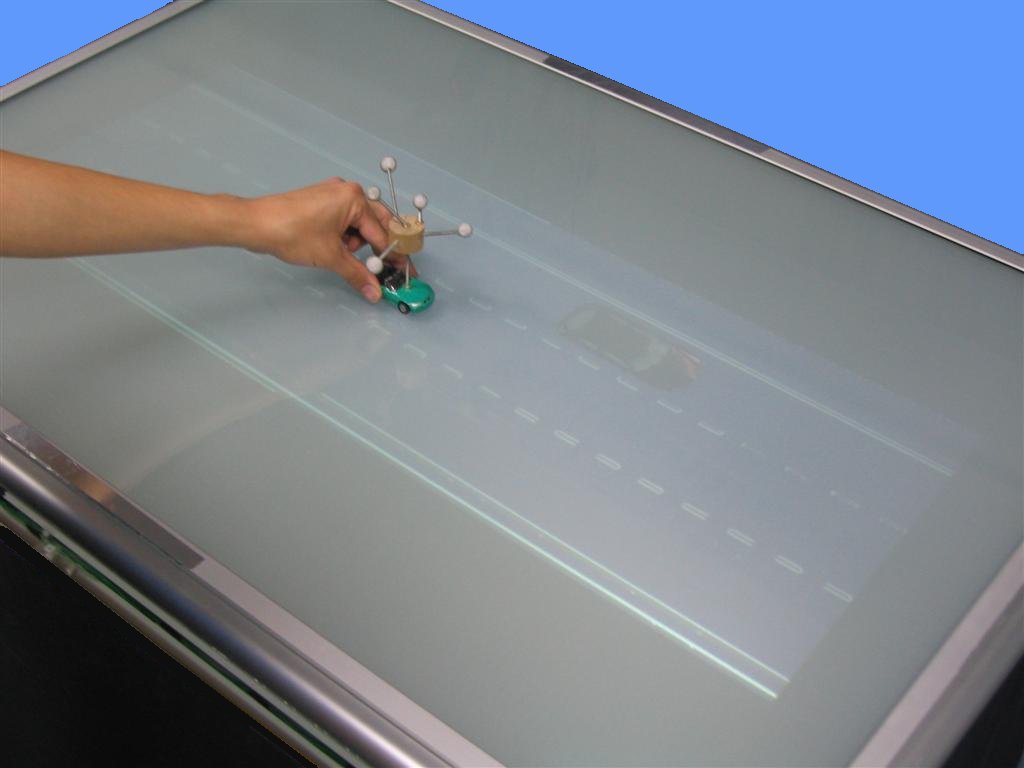 To find out, how drivers react on traffic situations, we can use two approaches: To develop an ADAS system, that acts more like a naturalistic driver, we can use a simulated environment to All bullets marked with a (*) are covered in this project. In conjunction with Project PARENT, a tool is developed, that enables