"This is the most stupid demo I've ever seen" (says Joe) This Augmented Reality demo displays a tiny virtual firework right on your real desktop. It is based on ARToolKit, a software library for building Augmented Reality (AR) applications. These are applications that involve the overlay of virtual imagery on the real world. This ... 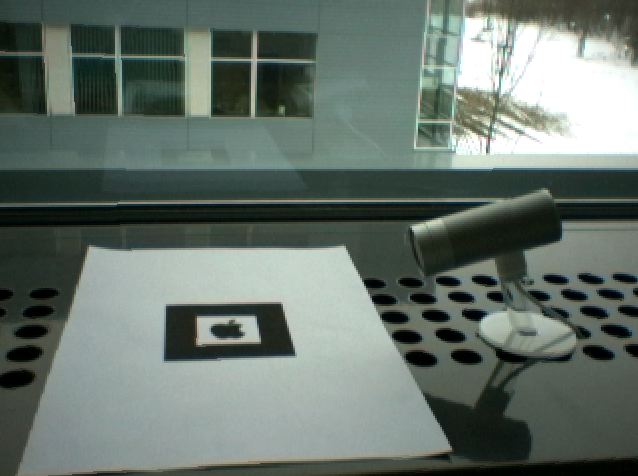 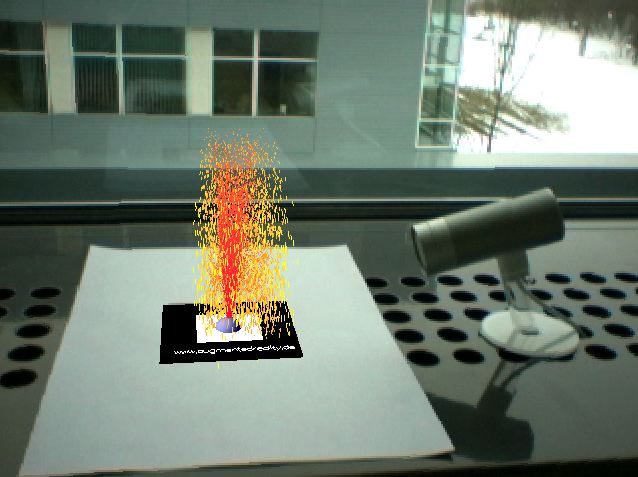 The demo is designed to be easily clickable on every Macintosh computer equipped with a Quicktime compatible digital camera. Any USB or FireWire camera will work, though you will get the best performance using a FireWire camera (like the Apple iSight).

This demo was implemented based on ARToolkit in February 2004 by Martin A. Bauer
Institut für Informatik/I16
Technische Universität München
Botzmannstr. 3
85748 Garching b. München
martin.bauer@in.tum.de ARToolKit is primarily being developed by Dr. Hirokazu Kato of Osaka University, Japan, and is being supported by the Human Interface Technology Laboratory (HIT Lab.) at the University of Washington, and the HIT Lab NZ at the University of Canterbury, New Zealand.  ARToolKit is distributed free for non-commercial use under the GPL license.