This Project is based on the movie "Das Boot" by Bavaria Filmstudios, Munich. The Application tells the story about a German submarine crew and their mission during World War II. The purpose of the Game was to underline key aspects of the movie by letting the user play different roles on a boat and therefore experiencing the tasks and cooperation of a submarine crew. The player starts in a scenario that takes place in 1941. Five different roles with different responsibilities need to be managed. Each task depends on information of other crew members, simulating a realistic submarine workflow. Skill and teamwork is needed to guide the crew to victory.

The German Submarines have the order to scupper merchant ships that deliver Great Britain with important goods for war affairs.

The fight is getting harder because these ships are guided by destroyers more and more.

In this situation, the German submarine U96 was instructed to sail. The crew celebrates its last night ashore with a coltish feast in a French brothel in La Rochelle, before it finally sails out from Saint-Nazaire." 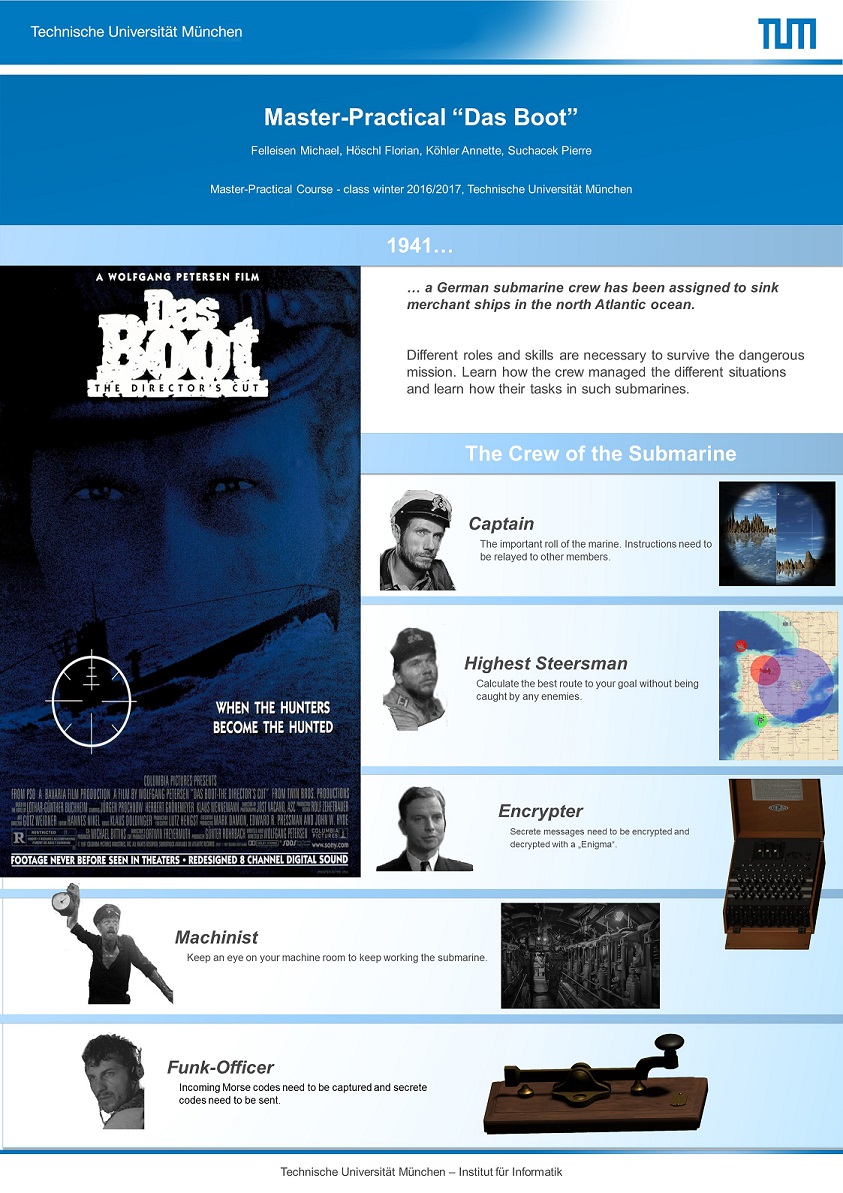