Design of user evaluation of two travel metaphors in a VR environment.

This Work could be done in a HIWI, BA, MA and Guided research thesis, the requirements are decided accordingly. Two travel metaphors have already been implemented:  Phone Based Motion Control: The basic idea of this travel technique is simulating a travel technique method using the touch capabilities of the touch handheld device in this case Android phone. The device is tracked (trackers: Accelerometer/Magnetic sensors data), to control the rotation.
Phone Based Motion Control projet webpage


 Steering and Driving: 5DOF control tablet PC to steer and move in a VR environment. The device is tracked with ART tracking (infrared tracking). Two metaphors for rotations have been investigated, a steering wheel like metaphor and an airplane like metaphor. Both variants were tested independently.  User tests showed that in addition to these two metaphors, a third one is intuitively used during car mode - with the device held upright - that could be described as a window frame that is aligned with the desired perspective. Here, the sideways tilting used during airplane mode is anticipated to perform a turn into the exact opposite direction as it would in airplane mode. In any case, airplane and window frame can never be used at the same time since they both rely on turning the device around the same axis but are otherwise diametrical to each other. The objective of this work is to improve on the existing nagivation method with its two metaphors and find out at which point the mental model flips from airplane to window frame depending on the holding angle of the device. Investigating Viewpoint Control Metaphors for hand-held devices in Virtual Environments
Steering and Driving projet webpage 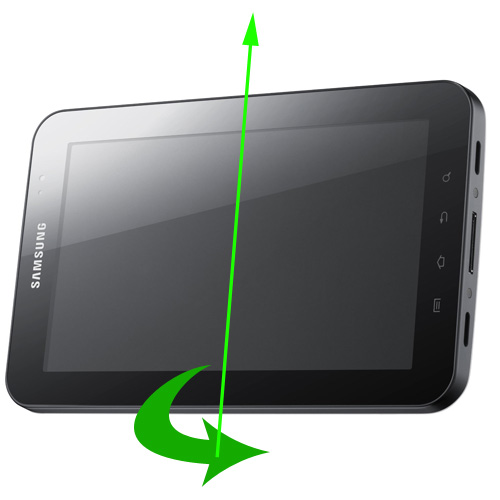 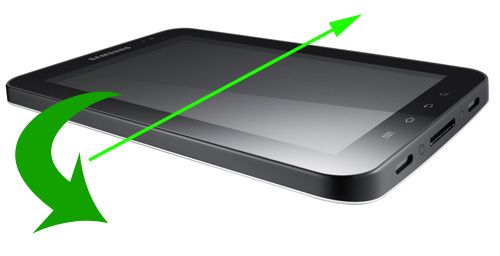 
Scope of this work:


The purpose of this work is to design a user evaluation to be able to compare and evaluate the two metaphors to each other quantitatively and qualitatively. To do that both metaphors should be integrated into one system.
An android phone has to be used for both metaphors (instead of tablet Pc in the second metaphor). The tracking system to be used is ART.
It will be also useful to test both metaphors with a widely accepted travel metaphor as a Joystick or a Game controller (PS3), usage of haptic device is also forseen.

Please feel free to stop by, to get more info and insights about the project.